Why We Said Goodbye To Netflix on Weekdays

If you've done any reading on productivity and habits, you've probably come across the concept of Keystone Habits. Both Charles Duhigg and James Clear have talked extensively about the power of Keystone habits before.

Keystone Habits: The Simple Way to Improve All Aspects of Your Life

"The habits that matter most are the ones that, when they start to shift, dislodge and remake other patterns."

The idea is that some habits carry more influence into other areas of our lives. Habits like exercise and food journaling have been shown to be some of the most powerful keystone habits.

From Charles Duhigg's The Power of Habit:

"When people start habitually exercising, even as infrequently as once a week, they start changing other, unrelated patterns in their lives, often unknowingly."

"Exercise spills over," said James Prochaska, a University of Rhode Island researcher. "There's something about it that makes other good habits easier." p109

So we know that keystone habits are highly correlated with other good habits. Daily exercise, meditation, and even making your bed are some of the most notable keystone habits.

Both Ben and I have done much reading on the power of habits, including The Power of Habit (Charles Duhigg) and Atomic Habits (James Clear), and we carefully take note and review our individual routines, habits, and rituals. We tend to do this even more toward the end of the year as we look back at what we achieved, and what we want to do as we plan our year ahead.

After yet another argument about the state of the kitchen (very messy after Chef Marie was done with it), Ben and I discovered what we realized was something of a negative keystone habit that was impacting other areas of our lives in a way we didn't like:

We were eating dinner while watching Netflix.

Now, in itself this habit might seem innocent enough. Very quickly this became our pattern: one of us would make food (usually myself), and when dinner was ready we would start flipping through shows to watch.

We'd eat our food during our chosen show. One show would often lead to a second show... and a third show... and before long we found ourselves vegged out on the couch, tired, tapped out, and procrastinating on kitchen clean up.

Inevitably, Ben would wake up in the morning to face a messy kitchen with crusty, dried dishes that would have been much easier to clean if they'd been done the night before.

This one habit was having a negative impact on many other areas of our lives:

Not only would a dirty kitchen add time to Ben's morning, since he gets up first, but it would add to his anxiety. Nobody enjoys waking up to a dirty kitchen every morning! It starts the day off on a bad note.

If Ben didn't clean the kitchen in the morning, we'd both get lazy about making a proper breakfast or lunch because the kitchen was still messy/dirty. It was more effort to make good, healthy food choices. The impact of this could easily trickle into other days of the week.

We also tended to drink more alcohol when we were watching shows, having a beer or cocktail, sometimes two.

We looked at just how much time we were spending consuming media, and it was a lot. As two people who spend almost all of their work hours on the internet, we weren't really leaving much time to unplug.

You might think that watching Netflix is relaxing, and it's a great way to unwind, and it very much can be. But we were consuming it mindlessly out of habit.

One night after 15-20 minutes of scrolling through shows to find something to watch, it really hit me just how much time we were spending consuming vs creating.

We were often done with our meal by the time we had chosen a show, and even then we were often watching something that we weren't even that excited to watch (because you know, we'd binged all the good stuff!)

Watching Netflix might seem like a low-impact activity, but our brains were being passively engaged after having been fully engaged all day long.

Somehow, having lazy Netflix binges was making us feel more tired (and guilty from feeling like we were being lazy). Once our shows were done, we'd grab our phones and start scrolling.

We were completely de-motivated to do anything once we'd sunk down into couch-mode.

Should we give up Netflix?

One night after a gathering with friends where everyone was talking about the shows they'd been watching and sharing recommendations, it hit us just how much TV we'd been watching as of late, and we weren't proud of it.

We asked ourselves... could we give up Netflix? What would our lives look like without it? What would we do in the evenings?

We decided to try giving up Netflix during the week, and gave ourselves permission to watch a movie or show on weekends.

Making this one change has made huge improvements in other parts of our lives.

We were less likely to bicker about the mess in the kitchen... because we weren't waking up to a messy kitchen. We'd actually clean the kitchen together after dinner.

We were more productive. We felt prouder of how we were spending our days.

And most notably, we were getting more projects done around the house:

We were crossing things off the list of things we'd been meaning to do forever but never seemed to find time for.

I started doing more research on routines and rituals, and began integrating meditation into my daily routine, along with a simple 7-min workout that I used to help me wake up in the morning.

Changing this one bad habit made me want to get even more more intentional with other life habits.

I was equating Netflix with self-care and downtime, but the truth is that creativity is a much more powerful form of self-care.

Sewing and other "maker" projects are so rejuvenating, and involve more creative parts of the brain without being draining or tiring. I was less tired when I stayed up until midnight working on a sewing project than I was when I watched an evening of Netflix.

I was more creative, inspired, grateful, and generally happier. I was more excited on all fronts, not just with house projects.

I was prouder of where my time was going, and could feel how much more time I had gained by changing this one habit that was having a negative impact on other parts of my life and daily routines. I actually had something to show for my time! 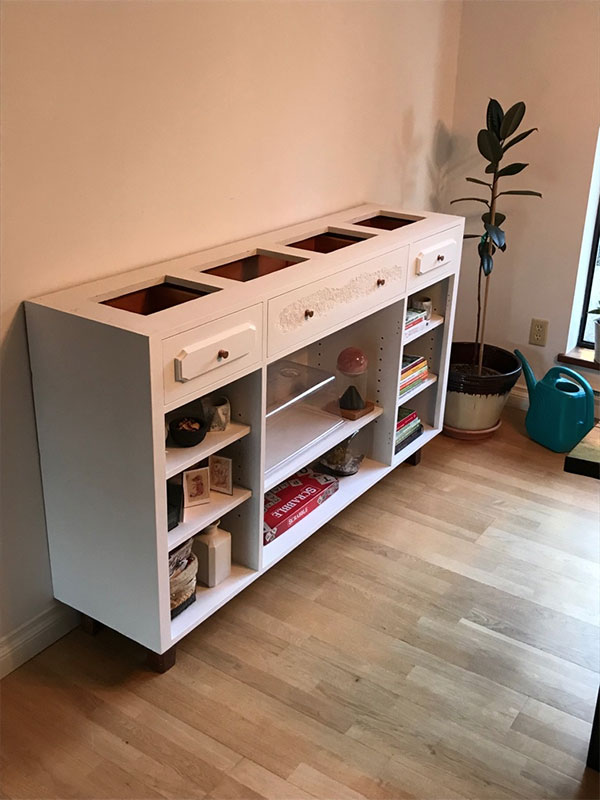 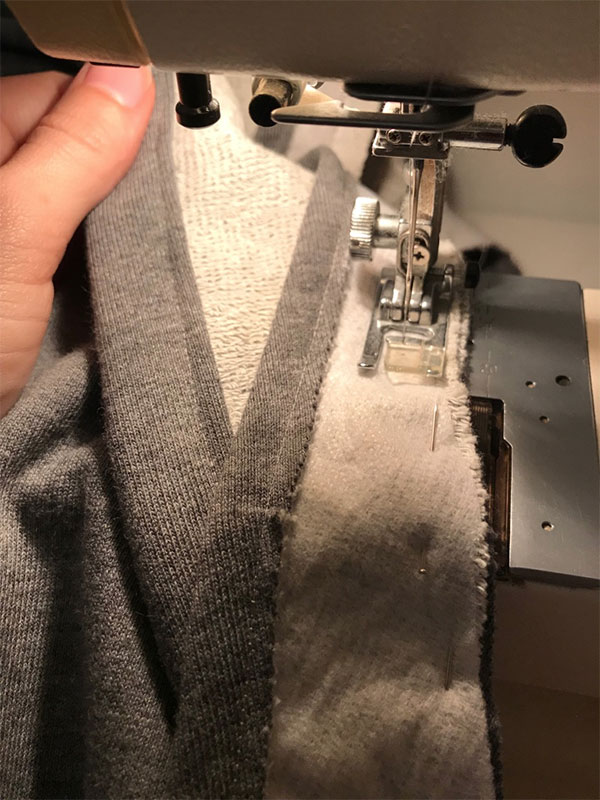 Sewing and making may not be your form of self-care, but I urge you to look at what creative activities you've been putting on the backburner because you may have fallen into a cycle of consumption that has snatched up your time and motivation.

Sometimes disrupting unhelpful patterns can be just as powerful (if not more) as integrating new ones.

Do you know what your unhealthy and healthy keystone habits are? The ones that impact the rest of your day in positive and negative ways?

Consider what current (unhealthy) habits may be stealing time or joy from you.

Work on changing just one of those bad habits, and see what shifts for you. I think you'll be pleasantly surprised.

Get Productive with Notion

As Notion pros we can show you how to better organize and integrate your work and life with better systems and mindful productivity.

Ready to be a Notion pro? Join us in the Notion Mastery community.